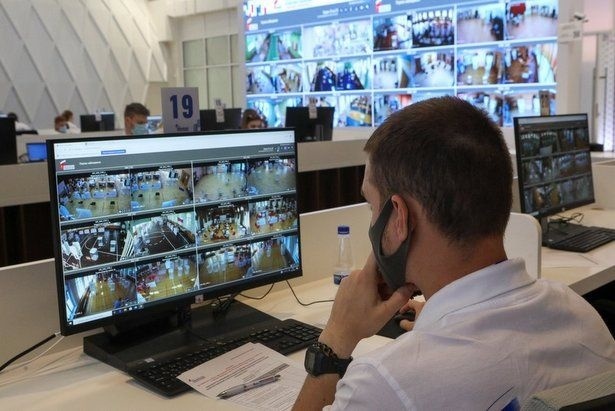 Citizen involvement in the electoral process – whether by voting, running for office, or participating in observing and monitoring efforts – is a healthy sign of a mature civil society and one of the conditions for society to influence the direction (and methods) of its development.

Election observation, in turn, is one of the most important forms of active participation of citizens in the electoral process, as it builds and deepens their confidence in election results while increasing the legitimacy of elected officials.

Video election observation is a form of passive election observation and is carried out in two ways: (i) based on live broadcasting during the election day, and (ii) through the analysis of archived material, obtained either from an official source or recorded by volunteers. It is an important solution for observing elections in countries where the rights of citizens to observe the voting process are being violated.

It has to be noted that video observation will never replace the presence of observers in polling stations, but it can be a full-fledged tool used for several purposes:

Video recordings of voting and vote counting during election day have been tested in a number of countries, namely Albania, Colombia, Sierra Leone, Russia, and Azerbaijan. The latest example is the organization of live broadcasts from polling stations during the parliamentary elections in Moldova on February 24, 2019. However, access to broadcasts is not always publicly available.

In Russia, broadcast from polling stations is available for everyone throughout election day. However, as soon as the broadcast ends, access to video recordings is closed. The procedure to gain access is very complicated – a written request to the territorial election commission must be submitted indicating a specific violation and the time interval when it was committed, which is impossible if the video had not been monitored before. Therefore, activists are looking for ways to record the election day video while it is being broadcast openly. Videos are recorded by several teams of programmers using different methods. However, the organizers of the broadcast have created serious obstacles to this by means of a system of technical blocks that prevent automatic recording of video broadcasts and significantly deteriorate the quality of image and sound.

The first thing that can be identified is the discrepancy between the official data and the actual turnout monitored using video recordings. It is possible to count every voter and compare the obtained number with the protocol for the corresponding polling station. Such an approach is of relevance to Russia, where voter turnout is often overstated.

This type of falsification is sometimes hard to observe during the first viewing if the ballots are organized in neat piles. Later, if the calculated turnout differs from the official data, but the vote count by the commission was performed without reported violations, it is worth reviewing the video to find the exact moments when ballot stuffing occurred.

Evaluation of the counting and tabulation process

Falsification during the counting and tabulation process is based on the redistribution of existing votes in someone else’s favour or even “drawing” results that are not based on counting ballots.

Ascertaining the real distribution of votes

if the counting table is clearly visible and the vote counters at least partially comply with the established order of ballot sorting, the volunteer can visually determine how many ballots were put on each pile and compare the result with the final protocol.

Some types of fraud, such as “carousel voting”, are almost impossible to detect when observed on site. Meanwhile, uncovering such fraud from video recordings can be time-consuming. Immediately after the election of the governor of the Moscow region in September 2018, it was revealed that a large group of “carousel voters” was operating in Balashikha City. At many PECs, web cameras were installed with gross protocol violations, leaving the ballot box or the commission’s table out of sight – a sign that the organisers want to hide something. It took several days to confirm the fact of the carousel: after selecting the polling stations located in the same building, screenshots of suspicious voters were taken and compared with those voting at neighbouring PECs. A large group of “carousel voters” was immediately identified. After monitoring 52 PECs in a month, several more groups with a total number of more than 350 people and numerous accomplices among members of the commissions were revealed. More than 200 PEC members not only handed out ballots to “carousel voters” but themselves placed the ballots in the boxes or actively covered up the fraud.

The international election observation community has expectations that in the near future video election monitoring techniques will bring higher transparency to elections and strengthen the legitimacy of elected officials. Moreover, forthcoming artificial intelligence tools will likely make it possible to monitor every election commission in a given country, thereby eliminating opportunities for human interference in the electoral process.