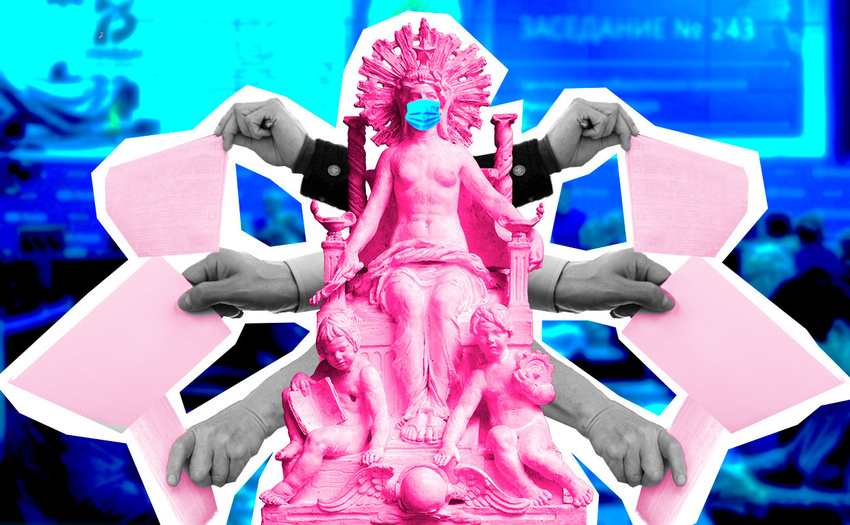 The single voting day elections are to be the first major electoral campaign to take place following the passing of the Constitutional amendments and the introduction of the epidemiological restrictions related to the Coronavirus epidemic.

They are taking place in conditions where it became evident that the election organisers and lawmakers are refusing to increase the level of trust of the Russian citizens in the electoral system as a whole and in the voting procedures in particular. To the contrary, there is a clear tendency among the decision makers to use the epidemiological excuse to render the electoral system even less transparent and prone to manipulation, including by outright fraud. This stance is in direct opposition to the demands made by the citizens in the last few years, who have asked for an increase in real political competition, easing of access of candidates to the elections, and taking into account the citizens’ interests in decision making in matters relating to the territory where they reside.

These elections are taking place in circumstances of the worst legal regulation of the electoral process of the past 25 years.

According to data provided by the Russian Central Electoral Commission (as per the statement of 22nd July), 13th September 2020 has been designated for 8,970 election and referendum campaigns. For instance, 18 direct elections of heads of Russian regions are to take place, in addition to two more, where the heads are to be elected by deputies (Autonomous Districts of the Nenets and of Khanty-Mansi). In addition, the single voting day elections are to include further elections of the State Duma deputies in four single-mandate districts as well as 11 main elections of deputies of the regional parliaments, and direct main elections of representatives of institutions of 22 regional administrative centres.

This report is the first in the long-term observation program conducted by the “Golos” movement of elections scheduled to take place during the single voting day of 13th September 2020. The report is dedicated to the legal issues of declaring the elections, the terms of the electoral actions, the registration of candidates and of party lists, the conduct of the campaigns, the voting process, and the process by which the elections will be concluded.

All the key proposals made by experts throughout the last few years—namely, to ease the registration barriers for candidates, improve the transparency of the electoral process, and improve the level of real competition in the elections—although nominally supported by the Russian Central Electoral Commission and the president’s administration, were in reality disregarded this year. The process of transformation of the electoral system has in fact moved in the opposite direction. The latest changes by the federal institutions are essentially directed towards limiting the electoral rights of citizens and decreasing the public’s control of the elections.

The eve of the beginning of the electoral campaign saw a substantial expansion of the list of grounds to deprive citizens of the right to participate in elections. The new grounds include about fifty offences of the Criminal Code. That gives the authorities the right to push aside dangerous competitors by trying them on false charges leading to suspended sentences.

Last year’s widespread demands by citizens—for increasing the transparency of the procedures of verification of support signatures for candidates, making the signature collectors more responsible in regard to their expertise, and overall easing of the access of candidates to participation in the elections through signature collection—were ignored by the lawmakers and the election organisers. Instead, rules were established making the possibility of registration of these candidates even more unlikely. First and foremost, instead of increasing the number of acceptable “faulty” voters’ signatures (as recommended by the experts), the legislators decided to decrease this number, inevitably leading to a rise in the rate of refusals in those regional and municipal elections where competition is expected. The requirement for voters to handwrite their surname, first name, and patronymic cannot in reality prevent fraud, as fraudsters are still able to forge signatures. Moreover, this novel rule contains no means of impeding abuse by the form verifier, who are still not required to give grounds for their decisions and bear no responsibility whatsoever for them.

The amendments passed by the legislature, allowing that part of the signatures be collected via the “Gosuslugi” (Public Service) website, remains practically unused. This signature collection method has been applied in only three regions: the Chelyabinsk Region (elections to the legislative assembly) allows up to 50% of the required number of signatures to be collected in this manner, while in Chuvashia and the Perm Region (Governors’ elections) no more than 25% may be collected electronically.

Under the pretense of a reaction to the Coronavirus epidemic, the legislation introduced additional articles that radically curtail civil control of the honesty of electoral procedures and of vote counting. These are amendments enabling remote electronic voting, expanding options for mail-in voting, and enabling multi-day early voting upon permission by the Central Electoral Commission, including “early voting” in venues not dedicated to that purpose. Furthermore, the list of grounds for “home” voting has been made open. The widespread use of these methods by the organisers of the elections will cause a loss of trust among citizens in regards to the results of the elections.

None of the regions saw a decrease in the size of the “municipal filter” in comparison to previous elections, despite numerous discussions about the necessity of such a decrease. In contrast to previous years, this time such a question was not even raised. A minimal filter of 5% is applied in only four regions out of 18, while in four other regions the filter is set at the maximum possible level – 10%.

As previously, in the majority of regions, the final piece of legislation  regulating the elections was passed less than a month prior to their announcement. This occurred in 29 out of 52 major campaigns (56%). The lack of stability in electoral legislation allows the authorities to manipulate the conditions in which the elections are conducted to favor certain candidates and parties and hinder the electoral preparations of their opponents.

An example of such manipulative use of amendments in electoral legislation was the introduction in five regions of possibilities of self-nomination for candidates to the position of Governor. In all five regions, where the law enabled self-nomination, the regional heads made use of that right. All the decisions to enable self-nomination were made in the months just prior to the beginning of the campaign (and in the Irkutsk Region, only three weeks before the start). Consequently, the possibility for self-nomination in the Governorship elections still remains more of an exception than a rule, and its appearance in the regional legislation fully depends on the wishes of the “administrative candidate” to use such a prerogative.

Within the regional laws, there was an unjustifiable shortening of the real duration of the electoral campaign by moving the start date for candidate nomination closer to the election. Moreover, often and unjustifiably, there was a shortening of the terms of nomination of the candidates and party lists. For example, the nomination of the candidates and/or lists in the elections for the position of Governor of the Rostov Region was not allowed to start until 20 days after the publication of the decision to run the elections. This led to the situation in which candidates and parties could not achieve nomination within two to three weeks following the announcement of the elections. This reduced opportunities to collect voter signatures and prepare the required documents. In certain cases, the term for the submission of documents and nomination was artificially moved. If we focus on the term between the beginning of the nomination and the submission of registration documents, we see that in the elections for the positions of heads of regions, the harsher terms (30 days) are established in the Chuvash Republic, and the Bryansk, Rostov, and Tambov Regions. Among the elections of the regional parliaments, a harsher term (30 days) is applied in the Chelyabinsk Region and in the municipal elections in Nizhny Novgorod and Rostov on Don (20 days).

The Governors’ elections continue to be considered by the Federal Centre as simple bureaucratic procedures of replacement of the highest official within a particular region, rather than as the political choice of voters. Out of 18 direct elections and two elections of regional heads by deputies, the election designation stage alone saw the Federal Centre substitute 10 heads with new, temporary ones (meaning that already prior to the elections, the change of the Governorship constitutes 50% of all such positions), although this is less than in 2017-2019. To this we can add the trend of naming politicians and civil servants as governors, despite them having no prior connection with the regions of which they were put in charge (in 7 out of 10 regions, where new temporary ones were assigned, these were “rovers”).

Out of 10 regions where the Federal Centre effected the replacement of Governors prior to the end of their terms of office, six had already scheduled elections for the regional heads for 2020. However, out of those six cases, in two – the Irkutsk and the Kamchatka Region – the elections were officially designated as early, despite the fact that they were within the schedule. This led to the depriving of the passive electoral right of Sergey Levchenko, the former Governor of the Irkutsk Region, who was the main contender for victory. In the remaining four similar cases, this year’s elections are taking place as scheduled ones. In 2019 in the same situation, all elections counted as within schedule.

In conditions of heightened voter readiness to vote for the opponents of the “Regime’s Party”, the regional legislature is taking action aimed at curtailing political representation. Essentially, elections on all levels are seeing the continuation of the tendency to strengthen the majoritarian component of the elections to the detriment of the proportional one. For instance, out of 38 electoral campaigns in cities with more than 50,000 voters, 31 apply a fully majoritarian electoral system. Furthermore, the legislative assemblies require the parties running in regional and municipal elections to split their lists into a great number of territorial groups that are rigidly attached to single-mandate districts, which in practice brings about the curtailing of regional representation.

The full version of the report in the Russian language