Movement for protecting voter rights «Golos» was founded on July 5th, 2013 by citizens of Russian Federations – active participants of Association «GOLOS», which since the year 2000 has been active in civil monitoring of elections all over the country, and whose activity was stopped due to unprecedented pressure. Today the movement is building regional divisions, organizing election monitoring and inviting active citizens to work together with us.

«Golos» is strictly following political neutrality, as one of the main conditions for independent and objective election monitoring.

The history of «Golos» starts in 2000, when the Association of non-profit organizations «In defense of voter rights «Golos» was founded for independent monitoring of elections.

In 2002, Association «Golos» founded a newspaper «Grazhdanskiy Golos». In 2003, for elections of the Russian State Duma «Golos» presented 4500 public observers and held a parallel count of votes. Since 2004, «Golos» has implemented the practice of federal hotlines for collecting information on violations of electoral legislature at elections of all levels with output of these messages on the Internet. Since 2005, «Golos» is a member of the European Network of Election Monitoring Organization (ENEMO), as part of which it became one of international non-government organizations that approved the Declaration of principles of international election monitoring and the Code of conduct for international monitors, which were adopted by the UN on October 27th, 2005 in New-York. From 2008 to 2010 «Golos» has worked with Russia’s leading experts on creating the Electoral Code of Russia.

We are grateful to all those who are with us: voters, observers, journalists, members of election committees, representatives of candidate’s staff and political parties for cooperation in the struggle for free and fair elections. 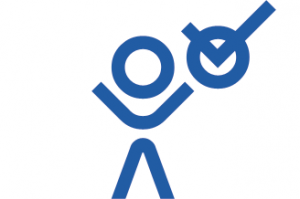